Prime Minister Liz Truss was appointed to her role on 6 September 2022. She, along with her chancellor Kwasi Kwarteng, proceeded to unveil a series of policies, including a mini-budget announced on 23 September 2022. The UK had faced a continued slump in growth since the 2008 Global Financial Crisis, and the period of controlled inflation and lower costs of borrowing ended at the start of 2022. This incited the set of policies as well as the ideas and drivers underpinning them, which were then dubbed “trussonomics.”

Truss’s policies boiled down to the following:

a.   Major Tax cuts for higher income brackets – relying on the “trickle down” effect, which was a problematic model to examine in isolation.

b.   Banker bonus caps were lifted, i.e., professionals in the investment banking industry were entitled to an unlimited bonus; the earlier threshold was 100% on the gross annual fixed pay or 200% if shareholders approved. It was an attempt to attract talent to the offices across London.

c.   Business tax cuts, involving canceling the corporate tax increment from 19% to 25% and fixing it at 19% for the lowest corporation tax in the G20. It was estimated to plow back GBP 19bn into the economy for reinvestment, creation of jobs, and productivity.

e.   Scrap the Office for Tax Simplification (OTS) and introduce other minor tax reforms like scrapping plans for increasing duties on beers, wines, and ciders.

g.   Lastly, legislation to “militant” strike actions, whereas the legislated union would have to put any pay offer to a vote among members. This was to ensure that pay talks could be reliably deemed as “broken down” and then imply a strike as a next step.

h.   Converting areas such as West Midlands, Tees Valley, Norfolk, and West England into some among 40 planned investment zones with multiple tax breaks that businesses can apply.

Overall, the theory was to convert a “vicious cycle of stagnation into a virtuous circle of growth” using the trickle-down model. This was problematic since the trickle-down model was a theory created in a perfect setting, i.e., all else being equal or consistent or ideal. It would be considered akin to eliminating friction for many engineering models. The friction here would be inconvenienced, leading to imperfect markets such as time factors, human irrationality, etc. The Trussonomics model took the trickle-down model – wherein favoring the wealthier with measures such as tax breaks – would eventually lead to more spending and investment in the economy and hence a higher standard of living. However, in a pulley system – as in the real world – the model without this friction could not be directly applied. The variables once assumed to be stable at an ideal state for isolating a singular variable were not fixed to the ideal. It involved about GBP 45bn in unfunded tax cuts – the largest since the 1972 Anthony Barber budget.

If the Aftermath had to be summed up in a single idea, the Bank of England had to step in for austerity. They would purchase long-dated government bonds worth GBP 65bn (50% on long-dated conventional gilts and 50% on index-linked gilts) from 28 September 2022 to save the nation from a doom loop of increased bond sales, increasing interest rates and then increasing bond sales again. This was followed by Kwarteng giving the green signal to increase the bond purchase outlay to GBP 100bn. The bond yield for a two-year bond was 3.51% before the mini-budget was announced and 4.75% on 27 September 2022.

The rise in the gilt (Government bonds) yields meant an increase in mortgage rates as well as overall costs of borrowing. Final-salary pension funds that typically operated on an LDI (Liability-Driven Investment) hedging strategy had to execute fire sales of the gilts at low rates in order to remain afloat.

Bond rates also increased in the US and the rest of Europe post the announcement and reversed after the Bank of England intervened. Furthermore, there was a significant taint on the credibility of UK fiscal policy and environment for investors. The pound depreciated 5% against the dollar to $1.0327, the lowest since the decimal levels in 1971, and only rallied to pre-announcement levels on 17 October 2022. Housing bills were estimated to rise from GBP 2,500 to GBP 4,348 by April 2023, according to a study by Cornwall Insight Consulting. The surge in borrowing costs and the drop in the sterling brought mass concern from investors and industry leaders, and the M&A sector is still shrouded in uncertainty. The UK also faced harsh criticism from bodies such as the IMF for the fiscal mishap.

The Government was also in chaos with personnel such as Chancellor Kwasi Kwarteng being sacked for Jeremy Hunt and Home Secretary Suella Braverman sacked for Grant Shapps (the latter was also incited by her recent crude comments on certain immigrant nationalities).

With Jeremy Hunt, there came the U-turn in policies. He also signaled further tax increments and public expenditure cuts to be announced on 17 November 2022. UK Chief Economist at Pantheon Economists estimated that the U-turn saved the government GBP 31bn; however, in order to meet the current three-year target Debt-to-GDP ratio, the savings level would need an additional GBP 40bn.

Currently, the UK Government is trying to mitigate the spiral into a recession. Liz Truss resigned from her post as Prime Minister on 20 October 2022 and was replaced by Rishi Sunak on 25 October 2022. He has concentrated on the void present in the UK public finances as opposed to growth.

The nation awaits further news on the new budget due to be released on 17 November 2022. 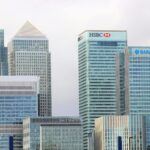 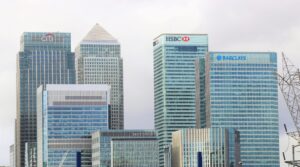 Are Job Cuts Indicating a Recession? 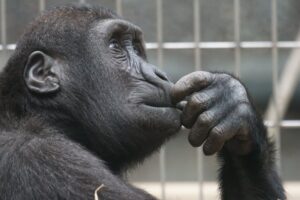 How Behavioural Finance Played Out During The Pandemic? Is India on a Path to Become a Global Leader in the Payments Settlement Space?